skip to main | skip to sidebar

As I sit here staring at my computer screen, contemplating just what to write, I realize that it is impossible to explain the inexplicable.

I’m not sure how to introduce you to what I’m about to write, so I am just going to get to the point.

After four plus months of hospitalization, numerous operations, countless hours of rehabilitation, and the emotional ups and downs no roller coaster could possibly duplicate, the thing that finally felled our beloved Michael was truly unexpected. On Sunday night, after a nice visit with his father and Owen, Michael suffered a massive inter-cranial hemorrhage.

I am still asking myself, “How could this be?” Michael had come so far in his recovery. He was anticipating extubation on Monday, after his bout with pneumonia (which, as he had with all other inflictions, he beat). His wounds were nearly all healed and he was looking forward to his release from St. Francis Hospital to start his new life. It just isn't fair!

Sometime between 5:30pm and 7:00pm on Sunday, Michael’s blood pressure spiked (actually, soared). A team of doctors and nurses were quick to administer medications to bring his rate down, but they could not get it under control. Michael had been somewhat anxiety ridden the past couple of days, but nothing out of the usual considering his condition. He was still frustrated that he could not speak, due to the ventilator and feeding tubes, but was able to write as a means of communication.

At around 9:00pm, Michael was taken out of his room for a CAT scan. After he was brought back, the hospital radiologist, along with Michael’s attending physician, read the captured images and observed a large amount of blood surrounding the back quarter of his brain. They determined that he had suffered what is termed a “parieto occipital hemorrhage”.

On Monday, a neurologist administered an EEG to determine if there was any brain activity, but unfortunately found none.

Michael is currently being kept alive artificially in order to have his organs available for donation (yes, he’s kept on giving right to the end).

I wish I could be more eloquent here, but it’s too difficult for me right now. We will be planning a celebration of Michael’s life on Sunday July 8, 2007 We would like to have a public mourning for MK at Fort Funston in San Francisco (a favorite of MK’s and many dog walkers), with a private farewell at sea for close friends and family. We will fill you in on the final details here as they are solidified.

This has left an enormous hole in my life. Michael, I miss you dearly – you will always be a part of my soul…..

For the latest Medical Updates, please scroll to the bottom of the page. Last Update: 29 May

Our remarkable friend Michael is in the Intensive Care Unit at San Francisco General Hospital suffering burns over 80 percent of his body.

Truly dogs' best friend, Michael was pet sitting for a longtime friend when a fire broke out in the apartment building at approximately 2:30 am, February 6, 2007. Michael escaped, but returned to save Bobby, a Jack Russell Terrier from the burning building when he realized that he was still trapped inside.

Michael has a history of heroic actions. On Christmas Eve 2001 Michael witnessed a car accidentally plunge into the San Francisco Bay and without hesitation he jumped in and was able to rescue one of the two passengers. As a result of the rescue he was honored by The City.

Michael is an amazingly brave and spectacular guy with a heart of gold. He is an artist, designer, best friend, son, brother and a gift to all of us.

He is currently under the brilliant care of the phenomenal doctors, nurses and staff of the San Francisco General ICU who we greatly admire and give our most sincere gratitude.

Mikey's recovery and rehabilitation process will be a long struggle.
We have been repeatedly told “this is not a sprint, it’s a marathon….” which couldn't be more true. He will be undergoing intense surgery on a daily basis for the next six weeks. He will remain medically sedated for a prolonged time so that he does not experience pain. We anxiously await Michael's awakening and we know how much your support will mean to him when that day comes.

An account has been established at Wells Fargo Bank to support Michael through his long and costly rehabilitation which will take years. We encourage you to contribute anything that you can spare as even the smallest donation will mean a great deal to Michael and everyone who is diligently working on his behalf. If you desire information regarding the trust established to support Michael, please email: supportmichael@acieventgroup.com and we will be pleased to share the necessary information.

If you would like to make a contribution to help our dear friend who has never thought twice about doing what he could to help others you may do so in any of the following ways:

• Send a check made payable to the Michael J Keenan Support Fund to:

• Make a contribution via PayPal by logging onto www.paypal.com. Enter supportmichael@acieventgroup.com as the recipient's email.

• Send a check made payable to the Michael J Keenan Support Fund to:

Should you have any questions regarding contributions, please email supportmichael@acieventgroup.com.

• If you wish to send a card to Michael please mail to:


This site is for Michael's friends, family, pet lovers, and all those concerned. We will be updating this site whenever we have new information regarding Michael's condition.

Hang in there, Michael, and you too, Bobby. We love you—our thoughts and prayers are with you!

Along the way, you experience things. Most come and go without notice. A few leave a small imprint on your personality. And then, maybe, you experience something that wakes you up from your conscious sleep and alters your thinking, your outlook and, perhaps, your life. It tells you something about who you are and who you hope to be.

On February 6, 2007 a total stranger called and informed me that my brother, Michael, had been badly burned in a fire in San Francisco. That night my wife, Carla, and I drove from Maine to one of my sister’s houses outside of Boston and, after 3 restless hours of sleep, took the first flight out of Logan. Approximately 12 hours later, Carla and I walked into San Francisco General Hospital’s 4E ICU and looked at what I was told was my brother’s face. Although we mustered words of encouragement, we were looking at a nightmare. Badly burned, heavily sedated and chemically paralyzed, Michael was fighting for his life. Then, as we stood there stumbling for words, looking right at Michael’s face, Carla said, “he’s going to be ok”. When I looked up at her, I knew she meant it, and I knew she was right. I love my wife.

Leaving the ICU I knew Michael was going to survive, but I had no idea how he was going to live… and then I met his family… none of whom are related by blood. When I tell you that Michael has friends, you don’t understand what I am saying to you. Michael has a network of friends that humble you. Their unity, their openness, their energy and, above all else, their love for my brother is staggering. My brother is an artist and his worldly possessions fit inside the trunk of a car. That being said, as I sipped beers with his friends from all over the country after visiting hours, I couldn’t help but wonder why friendship wasn’t a measure of a man’s success.

With the Herculean effort of his friends, my brother’s story was publicized, his team was mobilized and his support efforts were formalized. About 12 hours later the story went national and The Michael J. Keenan Support Fund began receiving donations from total strangers… as much as anything, they seemed to want to support what Michael represents. I cannot properly express my humility and thanks.

Michael is still deep inside the woods, but he will find his way. When he emerges, perhaps weeks from now, I will be there, and I will certainly not be alone. The tribe will be gathered, and they will be ready. I hope that others will join us if for no other reason than to celebrate friendship, another and better way to measure a person’s success.

Tuesday, May 29th
As an update on Michael...

As I noted in an earlier report, in early April, after more than two months of complete sedation and multiple, grueling skin graft surgeries, Michael began to wake up and communicate with his doctors and friends. On April 16th Michael’s breathing tubes were removed. Incredibly, Michael instantly found his sense of humor and a realistic, but hopeful outlook. Michael has said that he realizes that he probably should not have survived the fire, but something inside him told him to hang on. He knows that his body is badly beaten, but acknowledged that if he's come this far, he's willing to continue on the path to recovery.

After leaving San Francisco General’s ICU, Michael was transferred to the Bothin Burn Center at St. Francis Memorial Hospital to begin rehabilitation. He has been there about a month and his progress has been astounding.

His body is healing very well. His hands are regaining functionality more and more each day, and he even has been walking on his own up to 100 feet at a time (with a walker). Michael is still medicated to help ease the pain, which is especially severe when he’s undergoing his daily and lengthy physical and occupation therapy sessions.

Michael’s friends have remained by his side throughout, and they report that his sense of humor is still very much intact. After speaking with him yesterday over the phone, I can confirm that he’s still a riot! Michael does have difficult days and sad times during the day, but I’m told that he always “steps up” when it’s time to work.

The current thinking is that Michael will be moved to the acute rehab section of the Bothin Burn Center in another 1-2 weeks and will remain there for several weeks more. Michael will then move into a new apartment that we located for him in one of the few “flat” areas in San Francisco – securing this apartment was made possible by all of your kind donations to The Michael J. Keenan Support Fund. When Michael saw where his next home was going to be, he cried. We’ve been told time and again that it is important that he feel safe. The love and generosity of his family and friends and the incredible generosity of those that don’t know Michael well (or at all), have made it possible for us to rent a safe and uplifting place for Michael to begin his out-of-hospital rehabilitation and recovery.

That being said, Michael is still a long, long way from re-entering society in a self-sufficient way. As a result, we are still actively seeking support for Michael’s ongoing rehabilitation and living expenses and encourage you to participate in one or more of the upcoming benefits and to share Michael’s story with your friends.
Posted by about this site at 7:08 PM 314 comments: 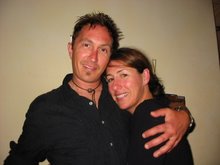 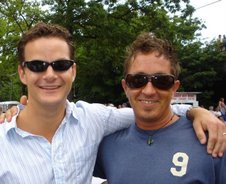 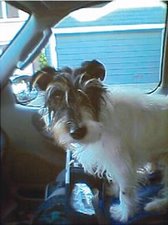 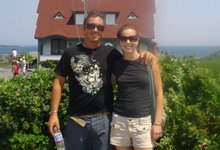 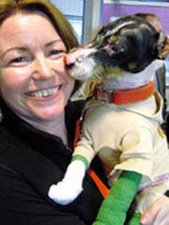